This is Sandra Bullock 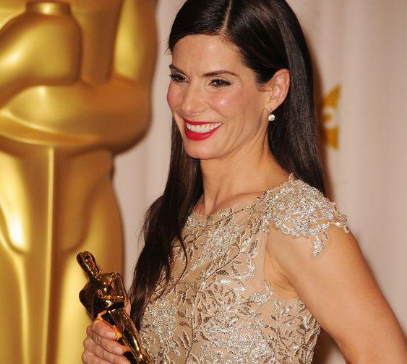 Sandra Bullock is an Actress we can all know and love, her iconic roles make her one that is not only iconic but amazing at her art. From movies such as Ocean 8 to The Blind Side, her characters classy and sassy personas win the heart of the viewer. All this and more make her possibly one of the greatest actors of our time and this is a tribute to her.

Taking a look back at her career in the 90’s her roles were among the most beloved at the time. She played a telephone operator in, “While You Were Sleeping” (1996) and in 1998 she played a mother in Hope Floats, this happened to be a movie that she also produced. Along with these movies she was in other movies in the 90’s, that stamped her debut in Hollywood.

Bullock has played roles alongside other well known actors such as Ben Affleck, Matthew McConaughey, Samuel L. Jackson, Kevin Spacey, Sylvester Stallone, Nicole Kidman, Hugh Grant, and many more. Her performances with other amazing actors made her prevalent and well known but her acting skills did all the work.

Bullock is an actor people want to work with and appreciate. As well known Producer Todd Lieberman said “I’d put her toughness against any tough-guy actor out there,” and fans swear on her skill as twitter user @chelsea_uh said “Sandra Bullock is the best actress, don’t @ me.”

Her arrangement of roles make her a versatile actor that everyone can appreciate. From her role as a an alcoholic newspaper columnist in “28 Days” (2000) to her role as Moses’s sister in an animated movie “The Prince Of Egypt.” Bullock has played it all and well.

Her roles have not gone unnoticed to, with her many wins at award shows. At the oscars in 2010 she won best actress. She deserves these awards because of her acting in all areas.

She  is an actor everyone can sympathize with. Her roles bring people together for the loves of movies. “The Proposal” in 2009 was a box office smash that is still a fan favorite and most recently “Bird Box” has gone viral on social media.

Next for Bullock is more fame well deserved as well as some predicted roles. As INTO magazine said “The world is ready for her to play gay” as well as hopes for some collabs as twitter user @Paulsxn_Sarah said “We deserve Cate Blanchett and Sandra Bullock content in 2019. Whether or not she does do this, one thing we do know is that Bullock will continue to be a fan favorite and a successful women in her art.

Sandra bullock is an actor that we all have known and love since the 90’s. Her iconic roles with other well known actors put her on the map. She showed her acting skills through versatility in roles and won awards for it. She is one of the greatest actors of this time and it is shown through her work.