Effects of the government shutdown 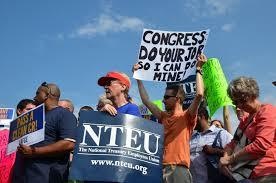 The consequences of the recent government partial shutdown are unacceptable. The root of the shutdown came from the need of an agreement on 12 appropriation bills from congress, this caused a dilemma as a consensus was not met. An agreement on budget spending hasn’t been reached, the government is now partially shut down.

Economically the government shutdown has cut into the wallets of millions of Americans and many government agencies. It causes a ripple effect across the economy which leads to loss of productivity, a lower gross domestic product (GDP) and will cost all taxpayers more in the long run.

Millions of Americans are affected by the shutdown, as they face hunger and are missing paychecks that are essential to their lives. Food stamps are unavailable to Americans with government benefits, but since the shutdown staffing for the agency overseeing the federal food stamps program has been cut by 95%.

At Hillcrest High 37% of the student body rely on a few of the government programs such as free and reduced lunch, for some this is because of their socio-economic background. Meaning their families dinner tables as well as our resources are affected. As anonymous Junior at Hillcrest said “my family honestly relies on free and reduced lunch as well as government funded daycare, not to mention my dad works at the post office. My family as well as others in our community are being hurt greatly.”

“Me and my husband normally use link or food stamps as income for groceries. We’ve normally managing for the month.” Said Ravyn Senter an American who relies on this program, who was quoted in CNN. “Now that the government has been on this shutdown, we’re struggling with the little to no food in our home since we didn’t receive our daily food stamps for the month.”

Kimberlee Roberts, a stay-at-home mother of three children, says her husband works for Customs and Border Protection. Her family has not received their paychecks as she said “We are just normal people who make enough to live. Missing paychecks, however, would be catastrophic to our family.”

Along with these issues, Americans are affected in numerous other ways. As Rosalind Brooks says she is a single mother of two children and “With the government still shutdown, no income in sight, and savings running low, I may be forced to withdraw my children from daycare.”

Almost all government programs are affected by this shutdown as Sarah Doerr said “Now that much of the FDA is shuttered, we don’t know when the approval process will be back on track. A month or two delay could be a matter of life or death to kids with this disease, “She is a mother with a son who needs a clinical trial for a potentially life-saving treatment for his rare disease.

As the days of the government showdown grow, the millions of Americans who are affected grow with this. The effects include lack of payments, hunger and so many things that prove catastrophic for their lives.