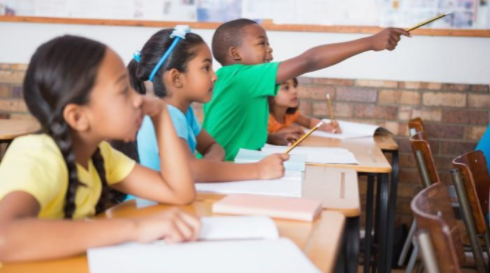 If you got a 17 or lower on the ACT, don’t feel bad. There might be other factors influencing your score. The ACT is a test that was introduced by Everett Franklin Lindiquist, who brought it to the public in November 1959.

The test usually consists of four sections which include Math, Reading, English, and Natural sciences. This exam is designed to test your knowledge on these specific topics which can usually determine your acceptance to a college of your choice.

According to www.niche.com, Hillcrest High’s average ACT score is 27. In Math the average was a 25, reading’s average was a 28, English’s average was a 27, and science was a 26. When you look closer at the scores and start to separate races and ethnicity, ethnic minorities have received the lowest scores for the standardized test.

With graduation rates already so low for minorities in Utah, http://worldpopulationreview.com/states/utah-population/, determined that the highest rate for high school diplomas among white people has a rate of 95.41%, while only 136,216 of Hispanics graduate high school, ( it’ll be easier if I make a chart so I’ll explain later)

“Racism in the school system can vary, from not having access to certain opportunities that your white peers have to getting more punishments such as, more suspension time or no warnings before detention,” Huskypawprint.com.

“Since I was little, I didn’t have the best education. My mother and I moved around states so I was always switching schools. I missed a couple important subjects everyone went through so I’ve never been good at math or English especially coming from a developing country. Taking the ACT’s was definitely difficult no matter how hard I tried. I just felt like it was never a fair game because I never had equal opportunity as others.” said Ana Hernandez, now fully a 19 year old graduate student.

Most minorities are first generations in America and do not grow up with the same opportunities that their white peers have. Most minorities have parents struggling to make ends meet and usually obtain jobs around 14 years of age in order to help their parents out. This usually causes school to quickly not become one of their top priorities as they start to fall behind.

Coming from a first generation family in America myself, these issues are all too familiar to me. I don’t have all the opportunities and time to study for the ACT’s with a job and helping to take care of my siblings while my parents work. ACT scores for ethnic minorities might still stay in a steady rate until second generation families start to emerge from those families.