The inherent unfairness of profiting from athlete image 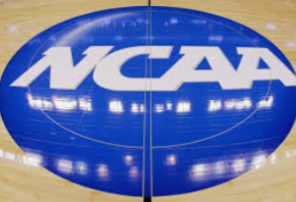 The National Collegiate Athletic Association (NCAA) Board of Governors unanimously voted on October 29, 2019, to allow student-athletes to profit from their own “name, image and likeness,” according to the NCAA website.

The NCAA Board of Governors did include some restrictions, though, such as stating student-athletes must be “treated similarly to non-athlete students” and that athletes in college are treated as “students first,” not necessarily as workers for their schools, according to the same website.

One of the problems with this decision is that colleges already have lots of revenue from their athletic activities and their athletes can earn scholarships based on physical ability alone.

According to the U.S. Department of Education’s Equality in Athletics Data Analysis (EADA), the University of Utah had $8 million in athletic revenue and gave out $10.3 million in aid to student-athletes at the college.

Despite this, tuition for the university has been increasing for over a decade and in March with a proposed 3.2% tuition hike.

In other words, tuition has risen even though sports have enough money to profit from their own sports teams.

Private schools can also make big money from athletics, as Brigham Young University had $10.5 million in athletic revenue and gave $6 million out in aid to student-athletes at BYU, according to the most recent report from the EADA.

For these schools and others, this does not include grants from the NCAA, as stated by USA Today’s reporting on the association’s finances. While BYU did not receive any additional money, the University of Utah received $12.3 million in financial aid from National Collegiate Athletic Association.

Another reason why the association’s decision could be controversial is that prior to their announcement, the organization took a very different stance.

USA Today reported on October 3 that Mark Emmert, the NCCA president, said that California’s Fair Pay to Play Act, a bill that would allow athletes to profit from their branding and make money, would make collegiate athletes become college employees by having their image tied exclusively to their college’s team.

Lizzy Hamilton, a Hillcrest Junior Varsity tennis player, added that student-athletes “make so much money for the schools,” and that, “Schools make merchandise and put the athletes’ names out everywhere and yet [athletes] don’t get the money for it, the school does.”

While Hillcrest is not a college, the high school does have student-athletes across multiple sports and these students could decide to play for college sports in a few years.