Disney+ is the new airpods 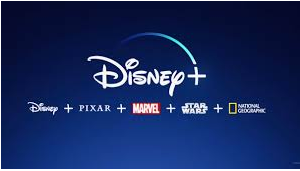 With so many streaming services out there, it is easy to feel overwhelmed. One that recently came out is Disney+ and they have many exclusive shows both old and new that people are excited for. Disney+ has become a status symbol, much like airpods.

One of the most exciting new shows is “Mandalorian.” Set in between episodes six and seven, it’s about a lone bounty hunter. If you haven’t already had it spoiled for you, the surprise at the end of the first episode is very good.

It has received very good reviews across the board and the quality of the special effects are amazing. It looks more like a high budget movie than a TV show. While some additions to the Star Wars universe have seemed forced, the “Mandalorian” feels very natural. It will be exciting to see where it goes.

There is one other show that has captured the internet. “High School Musical: the Musical: the Series” is campy and it knows it. Many Utah residents know that the Disney channel classic was filmed right downtown at East High School.

According to the show, the play based on the movie has never been performed at the school and the new theater teacher decides to fix that. Of course, there is drama in the drama program when Nini’s old boyfriend auditions for the show in order to win her back. The show is funny, if not exactly clever. Overall, it is a Disney channel show through and through, so while expectations are not high, this show delivers.

Speaking of Disney channel shows, you can find nearly every single one of them on Disney+ though some are still contracted to other streaming services, for example, “Liv and Maddie” is still on Netflix. The number of millennial’s and gen zers reliving their childhood will be through the roof.

“I want it because I love Disney and I want to see new things and also the really old things. I want Kim Possible so bad!” says Nami Robinson, a junior.

Overall, the amount of content on Disney+ is staggering. Disney has made a lot of things over the years including three different remakes of “Freaky Friday.” For people who grew up with Disney, and that’s basically everyone, there will be something to love on this new streaming service. The real question is whether or not they are willing to pay for it.

A couple of tweaks to the service would not be a bad idea, but for fans of Marvel, Star Wars, and Disney in general, it just might be worth it.