Good morning to Harry Styles only 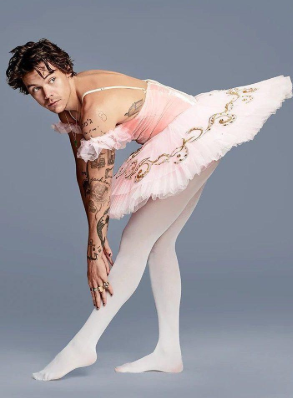 Harry Styles has recently been ruling both mainstream and social media as he should be. With the upcoming release of his sophomore album “Fine Line,” Styles has been popping up everywhere.

The album is due December 13, 2019, and people are excited. Two singles from the album “Lights Up” and “Watermelon Sugar” has already been dropped.

“‘Lights Up’ hits different. It’s not what I was expecting for sure,” says Zaynab Salih, Hillcrest student who has followed Styles’ career since his One Direction days.

Aside from being active on his socials, which is something that is very rare for him, Styles has also been appearing on television. On November 16, Styles hosted and was the musical guest on NBC’s Saturday Night Live. In his monologue, Styles joked about the musical guest aspect is more important than his duty as a host.

“This is new territory for me. I’m very excited to be doing a comedy tonight. But I just want to make it clear to you all, my priority is the music.” said Styles.

He got to show off his acting skills in the sketches and perform the single he dropped that same night “Watermelon Sugar.” The song is very sensual and showcases Styles new more mature sound.

“I feel like ‘Watermelon Sugar’ is like the focal point of the album, like the rest of the songs will have a similar style which I love, “ said Salih.

Styles’ solo music has strayed away from boyband pop and closer to the genre rock. His self titled debut album has paved the way for him as a rock star and his new singles from “Fine Line” reflect his new status.

In his interview with Zane Lowe for Apple Music, Styles talks about the process and struggles of making his new album. The conversation includes Styles sharing his recent experiences with psychedelics, feelings of pressure to make songs a commercial success and finding freedom in redefining success.

“If you don’t hit the top of the chart, your life doesn’t change,” said Styles.