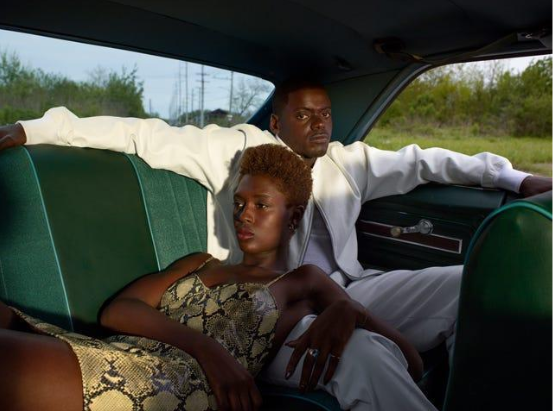 A black couple running away from the law? Well, that’s one of the main plots in the movie Queen and Slim. The Universal studio movie was released on November 27, 2019, the rated R movie that is two hours long.

According to www.rottentomatoes.com, the movie is about a black man named Slim and a black woman named Queen who are on their first date and get pulled over by a white police officer for a minor traffic violation.

The police officer then becomes aggressive with the couple and as Queen tries to record the altercation with her phone, the officer shoots Queen. Slim then gets a hold of the officers gun and proceeds to shoot and kill him, as self-defense.

They flee the scene, knowing the consequences of shooting an officer even though it was self-defense but also knowing that they are black and the corrupt justice system most likely won’t want to hear their side. Now Queen and Slim are on the run after being labeled ‘cop killers’.

“Queen & Slim is one of those increasingly rare movies that should leave audiences discussing it after they exit the theater. Yet if the film derives power from its broader context, there’s strength in the journey as well as the destination,” said movie critic Brian Lowry, from CNN.

“The style is arresting and the leads are strong, but the story runs out of steam,” said Josh Larsen, from LarsenOnFilm.

Overall, this movie was really good. It was definitely a thriller. Seeing Daniel Kaluuya play Slim in the movie reminded me of his wonderful acting in the movie “Get Out” which was directed by Jordan Peele. Both Daniel Kaluuya and Jodie Turner-Smith’s acting made me fall in love with the couple. The movie took me on an emotional rollercoaster of love, grief, sadness, and anger. The movie was worth every minute of time and money. I rate this movie four out of five paws.