Huskies raise an extra $12k past goal for cancer awareness! 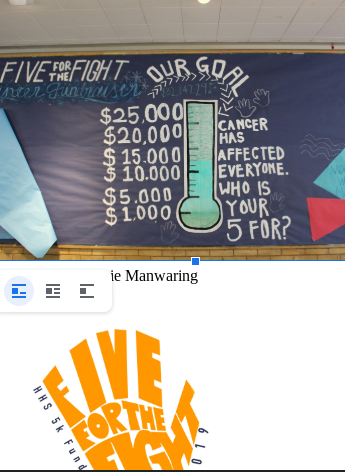 This past December, Hillcrest SBO’s tallied up the money for their community cancer awareness fundraiser- 5 for the Fight- to find a $12,000 surprise no one expected.

December is a month where students at Hillcrest are able to come together for a certain cause. Last December (2018), Hillcrest held their fundraiser for Cystic Fibrosis (CF) and raised over $19,000.

This year, Hillcrest participated in a non-profit national fundraiser called “5 for the fight.”

“5 for the fight” is a fundraiser inviting people to donate $5 to cancer research.

The kick-off assembly was held on December 2. Students had the opportunity to donate money in order to participate in activities such as the peanut butter licking contest, tug-of-war, and ping pong. Each hour students had to donate a certain amount of money or the assembly was over.

Successfully students raised the amount needed to stay in the assembly for each continuous hour. To end this assembly, students had the option to donate money by placing money into a save or shave bucket for each of the SBO’s. If more money was placed in the shave buckets, the males would have to shave their heads, and the females get bangs.

Money was collected during lunches throughout December and the SBO’s fate was decided at the closing assembly.

Nic Holman, an SBO, was given the opportunity to participate in save or shave. At first he was nervous and kind of upset about chopping all his hair off, but is grateful in the end for the opportunity.

Holman said, “…it raised around $200 for our fundraiser, so it was worth it.”

Some of the fundraising activities included:

5 for the fight has really made an impact on the Hillcrest High School Community. With an ultimate goal of $20,000 the students/community raised $32,000!