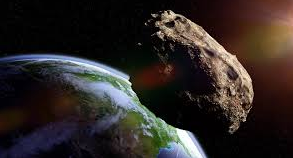 2020 has already been quite a year, and on top of everything that’s happened, an asteroid is going to pass Earth on April 29th.

Asteroid 1998 OR2 is a little over a mile wide and rotates once every 4.1 hours according to EarthSky.

It’s a close encounter, but the asteroid is at a safe enough distance to avoid Earth’s gravitational pull. The asteroid will be passing past the moon, around 16 times the distance from the Earth to the moon, so there’s nothing to worry about.

The asteroid isn’t big enough to see with your own eyes, but you’ll be able to see it with a small telescope. If you don’t have a telescope, some observatories will be livestreaming the asteroid. Here’s a link to watch the livestream https://www.express.co.uk/news/science /1275586/Asteroid-Slooh-live-stream-watch-Asteroid-1998-OR2-video.

As it says in the name, we’ve known about this asteroid since 1998. It was discovered at the Haleakala Observatory in Hawaii.

Some pictures of the asteroid look like it’s wearing a coronavirus facemask as reported by The Mercury News, which is very fitting for everything that’s going on.

Even though the asteroid is considered hazardous because it’s somewhat close to Earth, it’s ultimately a good thing that it’s passing by. Scientists have gathered lots of data and research from 1998 OR2, and will be more prepared in the future if this sort of natural disaster were to ever happen.