Jersey Shore is a national treasure 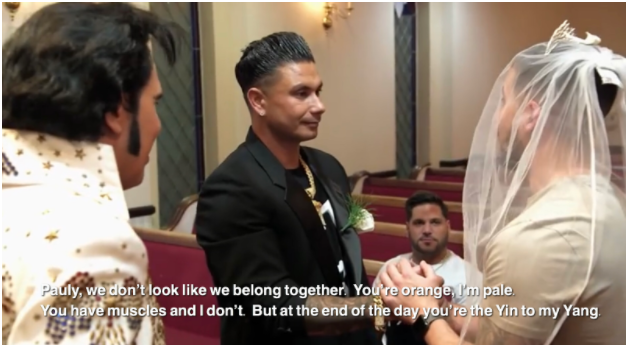 Jersey Shore is a reality TV show that first debuted in 2009. The show followed the journey of eight strangers as they vacation in Seaside Heights, New Jersey. There was lots of drama, partying and hair gel in the six seasons that made for incredible entertainment.

It’s been 8 years since the last episode, but fortunately there is a spinoff that aired in 2018 called “Jersey Shore: Family Vacation.” Here are two moments that prove Jersey Shore and it’s cast are national treasures.

1.Snooki gets arrested on the beach

In season three Nicole Polizzi, known as Snooki, was arrested for public intoxication after going on a bender at the beach. She heads straight to the bar to take shots after her shift at the Shore Store. She is then seen running on the boardwalk next to the beach with a stuffed crocodile asking where the beach is.

Once she makes it to the beach two of her roommates, Jwoww and Deena, decide it’s time for her to go despite her resisting. Officers on the beach eventually step in to help remove her but she is then arrested after causing a scene.

Vinny and Pauly D’s relationship is the only one in Jersey Shore that is healthy and consistent. These two have been best friends since the beginning and in Season two of the Jersey Shore spinoff, the two make it official.

While in Vegas they decide to head to a chapel and have a bromitment ceremony officiated by an Elvis impersonator. Mike “The Situation” Sorentino is the flower girl and Ronnie Ortiz-Margo is there for support. The gathering is beautiful.