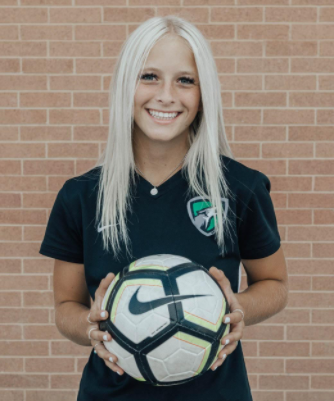 Annyka Scherschligt has been playing soccer since she was four years old. Scherschligt started off playing for club teams, and as she got older moved into High School and College soccer.

She started playing soccer with AYSO where her mother was her coach. At age six she moved to Sparta United where she played for several years, then she moved to Avalanche and finished her last club soccer years with Utah Soccer Alliance (USA).

“Whatever I set my mind to I can achieve if I have the confidence and motivation,” Scherschligt said.

Annyka played for the USA for 3 years of her soccer career. While playing for USA, her team won two Utah State Cups: Western Regionals in Hawaii, Nationals in Texas.

Being on this team allowed Scherschligt to travel to all kinds of cool places such as Hawaii, North Carolina, Washington, California, Texas, Nevada, and Phoenix.

“Hawaii was my favorite because it was in Hawaii, duh.” said Scherschligt.

Scherschligt was one of the “Best of the Best” of Utah and played for the 2002 Utah Olympic Development team where she had the opportunity to go to Far West ODP camp and participate in the ODP regionals with the Idaho State ODP team.

Annyka was named the MVP of her high school team. She was also given the Golden Boot Award (most goals scored), and was named the most inspirational athlete at Hillcrest for the class of 2020.

“The Hillcrest High School women’s soccer team is a team full of love, it has taught me how to be a leader, and to always have a positive attitude,” said Scherschligt.

Playing college soccer had been a lifelong goal Annyka had dreamed of since she was little. Everytime she steps on the soccer field she pushes herself to be the best she can be.

Through all the training, traveling, workouts, games, camps, and film watching Scherschligt has tried to improve her soccer skills.

Scherschligt was ecstatic to fulfill her dream of playing division one soccer in college when she received an offer to play for Idaho State University.

Idaho State University’s women’s soccer season was moved to the spring due to COVID-19, but the women’s soccer team still practices and trains everyday. On Saturdays they occasionally have scrimmages where the team just plays each other.

“I’ve learned that I need to stand out, work hard and be the best! My confidence has grown so much because I have put all my heart and effort into becoming better. Nobody can knock me down because I get back up and am better every time!”said Scherschligt. 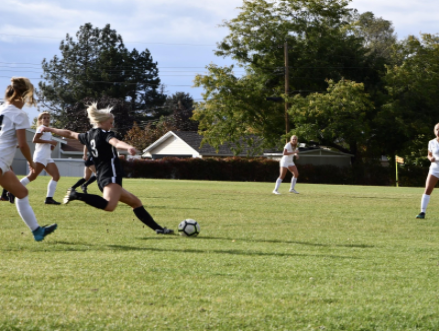