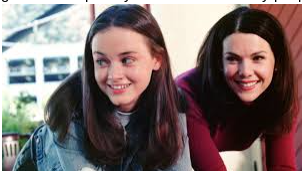 20 years ago, on October 5, the very first episode of “Gilmore Girls” aired. It has since become a cult classic and still brings joy to many across the country and the world.

The story of single mom Lorelai Gilmore and her daughter Rory, along with a host of quirky and sweet characters is both heartfelt and hilarious. Personally, it felt special to watch all the characters as they grow and change.

The show ran for seven seasons until it ended in 2007. It also had a revival miniseries on Netflix called “A Year in the Life.”

Here is what some of the show’s original cast has to say about its success 20 years later.

“Things usually just sort of come and go — that’s the nature of the business no matter how hot a show they are. … And then maybe 50 years later, they come back and there’s the nostalgia play. But not only does (‘Gilmore Girls’) not go away, it just grows and grows and grows and grows. I could not have predicted that — I don’t think anybody could have.” Scott Paterson, who played Luke Danes, told the Deseret News.

Keiko Agena (Lane Kim) says, “It’s unique, it exists in this slightly different universe” from our own. “[It’s] a comforting, fun show to go back to and I think, especially now and at times where our lives feel stressful, it can feel almost like a home base, like a safe space.”

Lauren Graham said on Twitter, “Your kindness and devotion to this show have brought me so much joy over the years. I’m so grateful, so say the least, and I love you all.”

Even though it wasn’t always perfect, there is always something wonderful about being able to go back to a place you love. For so many people, “Gilmore Girls” has been that place.