Banning the Box- is it really a second chance? 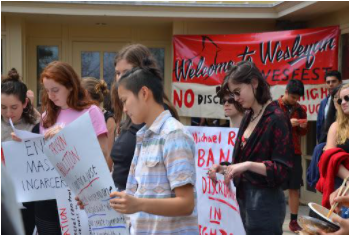 For many of us, 1998 wasn’t a particularly influential year, maybe you weren’t even born yet. But for those with a criminal history, it was the year they were stood up for. The year they felt they had a voice. 1998 was the year their national movement was born – The Ban the Box Movement, a movement that gained popularity throughout the 2000’s and aims to give reformed felons a second chance by seeking to change preliminary job applications.

The ‘box’ refers to the question on job questionnaires that asks whether or not an applicant has a criminal record or not. The Ban the Box movement itself dates back to the 1990’s, when a similar ideology was introduced in Hawaii. A 1998 law was passed that restricted employers from considering a candidates’ criminal history until a job offer had been made. Almost a decade later, Minnesota enacted a similar statute. In 2004, Ban the Box was officially started by All of Us or None, a national civil rights organization made up of families and formerly-incarcerated individuals.

After felons have served their time and paid their dues to society in prison, release should fill ex-convicts with optimism and hope. However, many convicts face blanket bans, a term describing the employers decision to immediately throw out an applicants’ forms once it’s discovered they have a criminal record.

“The box is a confinement of one’s past and an assumption of character,” says Clare Perkins, an IB student at Hillcrest High School “That confinement prevents someone from being a valuable contributor to society.”

If the Ban the Box Movement was implemented more widely, convicts would have a fair and objective opportunity to have an interview.

But this ‘blanket ban’ standard remains this way because of an unofficially recognised relationship between past incarceration and future decisions, in relation to criminal activity. On one hand, the tendency of offenders to repeat (and to be repeat offenders) lends itself to a suggestion that there is something intrinsically criminal in the makeup of offenders in general. It is because of this societal belief that employers are hesitant to hire those who’ve been previously incarcerated.

The movement, while created with the best of intentions, has the potential to bear unforeseen consequences. The National Federation of Independent Business (NFIB) argues that ban-the-box laws unnecessarily masks relevant criminal-record information about prospective employees that could affect the safety and security of the business, its workers and customers. The result, although may lead to providing a second chance, may taint a workplace. It can smear or develop a workplace’s reputation if ex-felons are hired on, partly because of the limits and boundaries the Ban the Box movement enforces.

If the stigma that previously incarcerated individuals is perpetuated, then they are denied opportunities. If those people are further denied a second chance, then the stigma becomes a harsh reality. It seems as though it is a never ending cycle.

For those standing steadfast alongside the The Ban the Box crusaders, there is already a plethora of options already in place aside from directly changing employment applications. There are other meeker options that can satisfy every viewpoint’s specifications. It is up to us to find the compromise together, whether that be legislation, protests, or court action. But it cannot

be an inflexible filibuster from each side preventing progress and understanding.