Star Wars ranked from first to last based on Anakin Skywalker 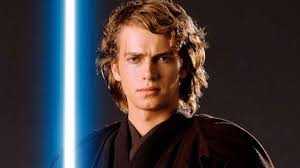 The Star Wars franchise is very popular throughout the world. Throughout the nine films, it has been ranked by many different fans. Although many people believe that the originals are the best (films from 1977, 1980, 1983,)

Generation Z are siding in place for the prequels. (Films from 1999, 2002, 2005)
There is a big gap between generation Y(1977-1995) and generation Z (1996-TBD.) Many from gen. Y believe that the original films were better and believed they were justified in that saying, when the prequels debut. Fans believe the prequels ruined the story, and changed the way fans see Star Wars.

However, Hillcrest student Lizzy Hamilton, alongside many other prequel fans sided in favor of the films from 1999-2005. ¨I think the prequels say a lot about the progression of Anakin Skywalker’s character and I admire his character arch ,¨ Said Hamilton.
When Disney announced they were making more Star Wars films back in 2015 for ¨The Force Awakens,¨ some believed the new films ruined the trilogy. The films would later reveal plots about characters who were very important to the story, ruining further character development.