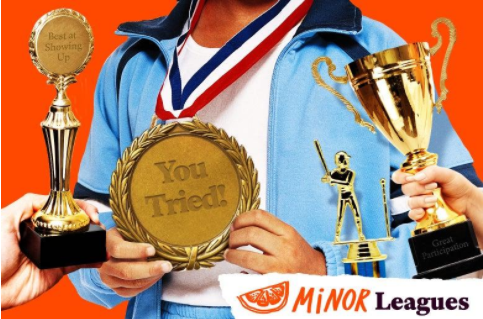 When I was just a wee little lady, playing soccer in a lush field with other privileged kids for a summer, participation trophies were given to every child after our trivial season. I saw that everyone got rewarded, regardless of their attitude or their lackluster performance. Everyone got rewarded because they decided to just show up to a sport they probably don’t even like.

When did we decide to reward participation? Why do we acknowledge failure? Is it to console spoiled children, to preserve their delicate feelings? Whatever the reason, it’s wrong and coddling. The Participation Trophy that every single child has on their shelf collecting dust, should not even exist.

“Why are you so angry?” I ask myself. It makes me angry, not infuriated, that participation trophies, certificates, and medals encourage failure.

Dan Gould, a sports psychologist, stated in a Spartan News Room article from 2017 that, “For rewards to work, they need to be earned.”

In a time when the world needs hard work and genuine effort the most, the participation awards very insultingly cry to kids that it’s okay to put just 50% into something since they’ll be sent home with a cheap little trophy and a paper void of any real meaning.

Now, I don’t want to hear it. I don’t care if a child’s feelings got hurt because they didn’t try hard enough, and now they don’t get a gold piece of plastic to stow away in a corner. Don’t cry to me because no one taught them about consequences. No, young athlete, club member, or spelling bee contestant should be rewarded for their uninspired effort.

I do, however, understand and support rewarding the most sincere efforts for children under 7 years. Any further effort is made in vain to adhere to overprotective parenting standards. I don’t care if they’re an 8-year-old, tween, or on the brink of becoming an adult. If we continue to give out participation trophies, the gravity of winning will hit them in the face too late.

The participation trophies’ very existence spits on the future and will create a generation of losers, non-honorable mentions, runner-ups, sub-par bystanders. Winning matters and it is time for this generation to learn as much.