OH NO: An uncomfortable, yet pretty album 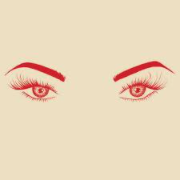 Xiu Xiu is an experimental band that was formed in 2002 and are known for their uncomfortable style that covers topics such as family, lovelessness, and love. My experience with them has just been their previous album, “Girl with Basket of Fruit.” It was a harrowing album that left me interested in what they would be doing in the future.

“OH NO” strays away from the uncomfortable noise and goes into a much more accessible sound. This album takes a huge step in a different direction with not nearly as many distressing moments as the previous album.

“Girl with Basket of Fruit” was an incredibly harsh album that gets inspiration from noise and industrial hip hop, with Jaime Stewart’s odd voice that worked perfectly. OH NO is indie rock/experimental rock and takes a more pleasant approach to the same topics.

My problem is mostly Stewart’s voice, it’s still the same strained voice but the instrumentals are much nicer so it doesn’t work as well and almost makes Stewart feel out of place. The best example of this and my least favorite song in the album is in the song “OH NO” with a guitar that sounds like something from a Disney movie that sounds good, but it doesn’t mix well with Stewart’s voice.

This album isn’t bad. The instrumentals are quite good and have some really entertaining parts like in my favorite song, “Bottle of rum” sounds like something more familiar with a distorted bassline and a messy background. It’s a pretty song but it still works with Jaimie’s voice and is a very good moment on this album.

It almost feels like an arc where “Basket of Fruit” was when Jaimie was in the darkest point in his life and “OH NO” feels like he’s turning his life around. This can be shown in the lyrics in I cannot resist “And here is hoping the booze gives you a wild sleep And that your mysteriousness-ess Remain More hot than sad”. It makes you feel more hopeful for the future.

In the end, “OH NO” is a pretty good album, it just doesn’t adjust very well for the change in style. It’s messy and if you want to try a more uncomfortable album this would be a good album to start off with if you want to get into Xiu Xiu.