SBO Elections 2021: What you need to know 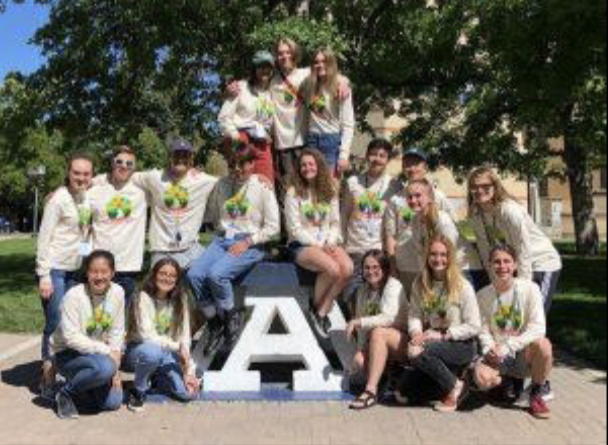 Hillcrest Student Government (Note: Picture was taken in 2019 before the COVID-19 pandemic)

March can signal many different things for teenagers, but for a certain group of Juniors at Hillcrest, it brings forth the most stressful time of the year: SBO elections. SBO elections for Hillcrest occur every March. Juniors run against each other for ten different positions, in hopes of leading Hillcrest for the following school year.

Every year, interviews are held with all SBO candidates to narrow each position down to two final candidates that are voted on by the Student Body. This year, the following are candidates for SBO:

Out of the ten positions, AVO, Historian, Student Relations, and Artist are not voted on by the student body. These are all very skill-specific jobs, so administration and student body advisors appoint the best candidate based on interviews, teacher evaluations, posters, videos, and their ability to perform the position they are running for.

Current SBO Artist, Anya Tiwari, finds it beneficial that the skill-specific positions aren’t voted on by the Student Body.

“Running for a position not voted for by the students takes a little bit of the edge off because you’re more confident that you’ll be judged on your abilities rather than on how popular or how attractive you are”, Tiwari explained.

Tiwari enjoyed being able to focus on showcasing her abilities to be the SBO artist during the interview process.

Other than the four skilled positions, the other six have exclusively been voted on by the student body in the past. However, this year the SBO advisors and administration made the decision to do something different.

Ethan Price, a candidate for Public Relations Officer, is running for student government for the first time in his life.

“I want to be an SBO because I want to serve the school and set an example that if you set your mind to something, you can do it!”

Price was also ecstatic about the new formula:

“I love the new formula because it helps students get a more balanced score that’s based on many things; not just one.”

With the brand new way to calculate winners of the election in the middle of a pandemic, the SBO Election of 2021-2022 will surely bring surprises.

Candidates who do not win SBO are also welcome to run for Senior Class President, Vice President, or Secretary in Class Officer elections which begin in late March/early April.

Voting will occur on Tuesday, March 23, and Wednesday, March 24. The traditional jacket assembly for announcing winners will be the next day, on Thursday, March 25.

Students will vote on schoolelections.canyonsdistrict.org. Voting is open to all current juniors, sophomores, and freshmen.