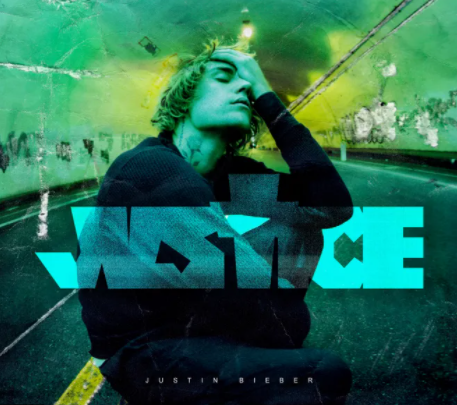 I have been a Justin Bieber fan since his very first album and I love how in this album he decided to collaborate with multiple artists, whose songs are in different genres.

Justin Bieber’s song “Peaches“ quickly found its place as the number one song in the US in April 2021. It gained lots of attention and positive feedback from many different audiences. “Peaches“ features Daniel Caesar and Giveon which give it a groovy vibe that is very different from Justin’s other songs.

After I listened to the album all the way through I could not pick a favorite song because they were all good in their own way. Some of the songs that did stand out more than others are “Peaches“, “Die For You“ and “Love Different“ because they are more upbeat so they catch your attention more. There are a few of the slower ones that stood out as well, which are “2 much“, “As I Am“ and “Unstable“.

After listening to each of the songs just once I already had them all memorized. They are all very catchy songs and can match any vibe or mood that you are in. I enjoyed how Justin is trying out new ideas with his music even if they stay in the pop genre.

“I really liked the Justin Bieber album, it was very nice. It had a mix of both fun and chill songs,” says Hillcrest High school student Richa Zodge.

Beiber’s song “Off My Face” is one of the songs that many people I know can relate to. This is a song I can relate to as well because it is a very impactful song and can put you in many different moods.

The chorus of “Off My Face” says, “Cause I’m off my face in love with you I’m out my head so into you And I don’t know how you do it But I’m forever ruined by you.” This can be the perfect example of how someone feels towards someone. It could make you feel happy or it could make you feel sad, there are many different emotions that you could feel during this song.

This is another successful album for Justin. Many of his songs from this album are streamed over 30.6 million times weekly. Also 12.1 million radio airplay audiences, according to billboard.com.

5 out of 5 paws and would highly recommend it.