Do soldiers still fight for our freedom? 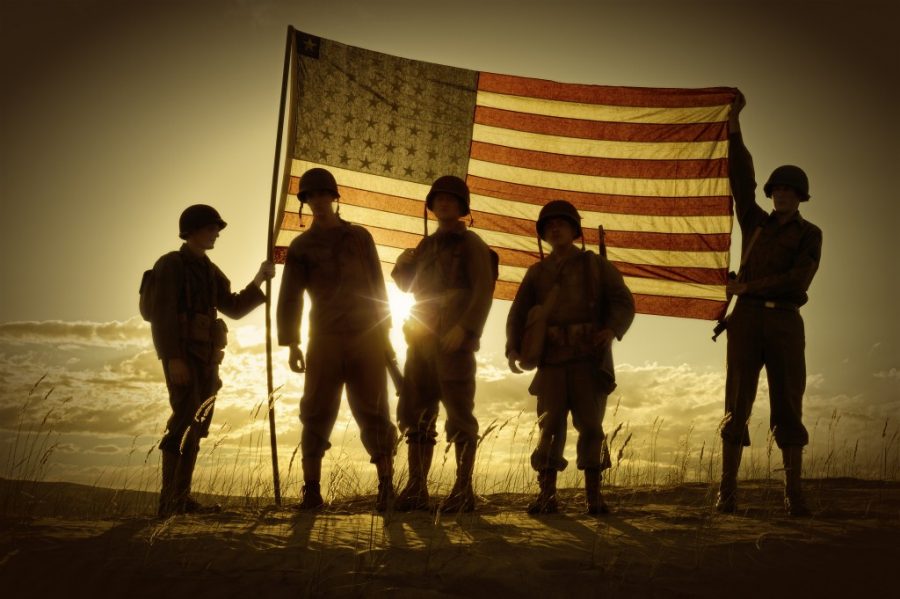 December 1, 1969 marked the day 2.2 million men were drafted into the Vietnam War. These soldiers were supporting French settlers and the southern Vietnamese. They were offering to risk their lives for other people.

But will these men really be fighting for our freedom?

The United States has never had foreign soldiers on its soil, and never plans to. American citizens have the right to vote, the right to worship how they please, and the right to act how they want.

Millions of U.S. soldiers are fighting in other countries, helping keep them safe, but also keeping Americans safe.

When Hitler came to power in Germany in 1933, he got rid of what he thought was “evil.” Anyone that wasn’t like him. He did not try to take power and kill millions of people to just kill, he wanted to rule the world. He wanted to take away people rights and beliefs and be in control of them. And in the process took millions of innocent lives.

On December 7, 1941 American naval base Pearl Harbor was bombed by the Japanese. Kamikaze flew planes into the harbor ships and killed thousands of people. In response to the bombing, America decided to send two nuclear bombs into Japan.  Japan was allied with Germany, and the U.S. almost didn’t win against Germany.

Jacob Hornberger from “The Future of Freedom Foundation” said, “Most of those soldiers died because officials within the national-security branch of the federal government ordered to go to some foreign country thousands of miles away, where they were placed in a position of kill or be killed.”

Many soldiers are sent to other countries to fight, but that doesn’t mean they are fighting in vain. People say that soldiers aren’t dying for their country because they fight to get higher ranks, and they just want to “pad their combat resumes,” But the truth is they do protect us.

America has something most countries don’t-land from sea to sea. While it is hard for other countries soldiers to enter America’s borders, it is not so hard to send bombs across the oceans.

Hornberger also stated that America and its freedom was never under attack. This is false.

U.S. soldier Scott Mascheck says, “We fight for our friends and family. The men and women to our left and right are the most important when in a fight.”

My great grandpa died fighting for his country and was blown up in a fox hole in World War Two. My uncle saw his best friend blown to pieces when he was working in the military as a medic. My cousin lost his leg after he was shot with 30 rounds of bullets.

Mascheck said, “. If we don’t fight to keep it we will lose it.”

So yes, soldiers do fight for our freedom.